At A Fair Price

Attorney John W. Reeder has spent the last the last 27 years as a solo practitioner providing fairly priced legal representation to individuals and small to medium size businesses in the North Texas area. His office is strategically located in Allen, Texas, in close proximity to both the Dallas and Collin County courthouses.

Mr. Reeder graduated from Baylor University in 1984 with a BBA in accounting. He then went directly to law school and earned his Juris Doctorate from Texas Tech School of Law in 1987. After graduation, he spent a year as a briefing clerk for an appellate judge at the Texas Court of Appeals, Fifth District in Dallas, Texas. From there he went back to West Texas and became an associate with the litigation firm of Templeton and Garner, P.C. After two years in private practice, Mr. Reeder became a partner in the litigation firm of Garner, Stone and Lovell, L.P. in Amarillo, Texas. In his five years in Amarillo, Mr. Reeder began his specialization in the business side of civil law, including contract and fraud disputes, employment, antitrust, medical peer review, and estate planning and probate, with an occasional personal injury dispute or medical malpractice dispute. In the summer of 1993, Mr. Reeder moved back to the North Texas area to be closer to family and opened up his solo practice with his office in Plano, Texas. After 27 years in Plano, Mr. Reeder has recently moved his office to Allen Texas and has conference room access in both West Plano and North East Dallas for the convenience of his clients.

Mr. Reeder grew up in Waco (Woodway), Texas, the son of a Baylor professor. He has been married to his wife, Brenda, for over 30 years, and has two adult children. He is a member, Sunday school teacher/director and deacon at the First Baptist Church of Richardson, Texas. In his spare time, he has enjoyed golf, tennis, traveling with family, and watching old movies. 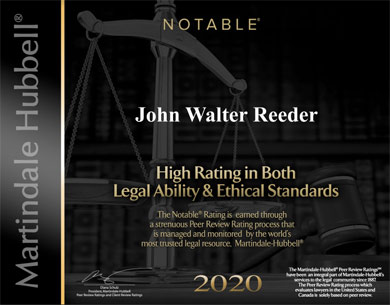 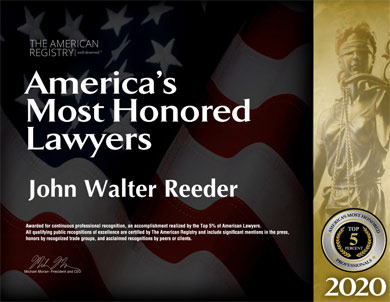